Use FeverAll® only as directed. If you have specific questions about fever, acetaminophen or using FeverAll, speak with your child’s pediatrician. FeverAll Acetaminophen Suppositories are available at major retailers and drugstores across the U.S, such as CVS, Rite Aid, Walgreens and Walmart. For more information and current offers, visit www.FeverAll.com.

This is a sponsored conversation written by me on behalf of FeverAll® Acetaminophen Suppositories. The opinions and text are all mine. 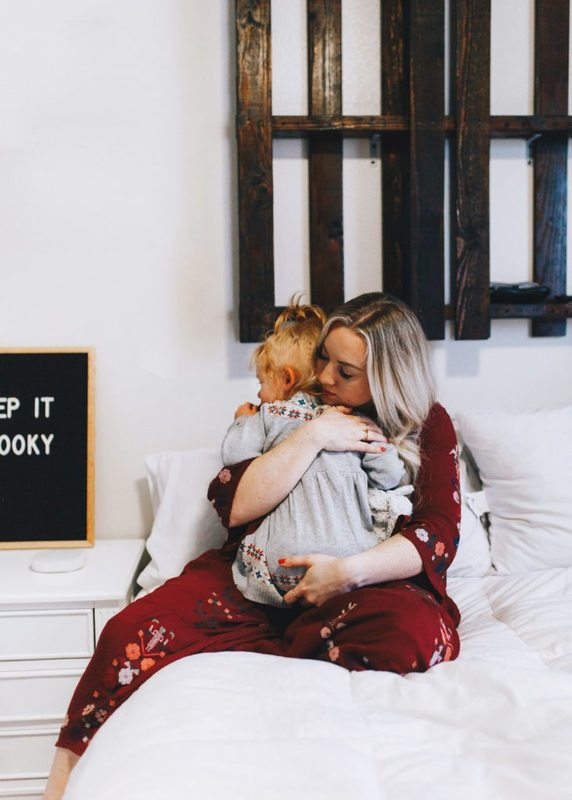 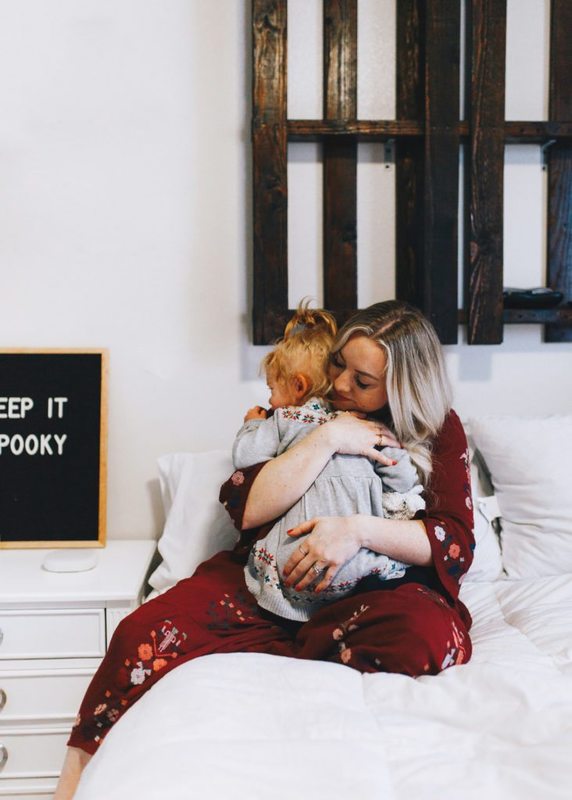 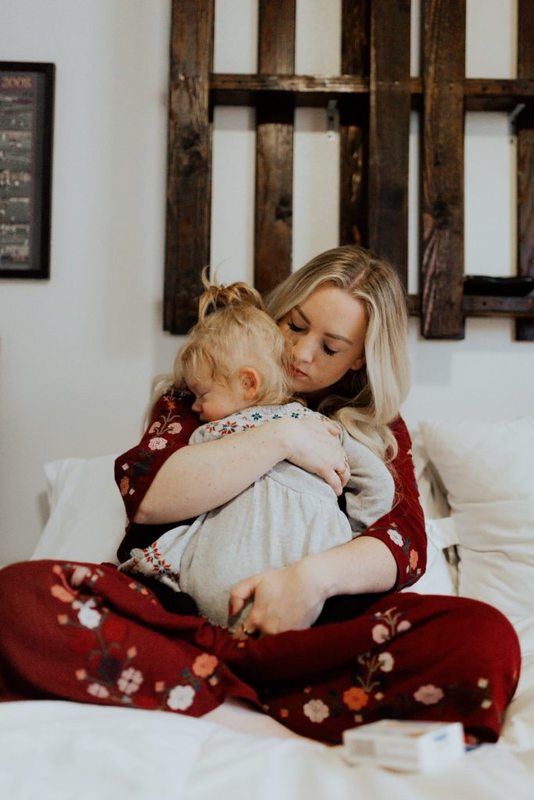 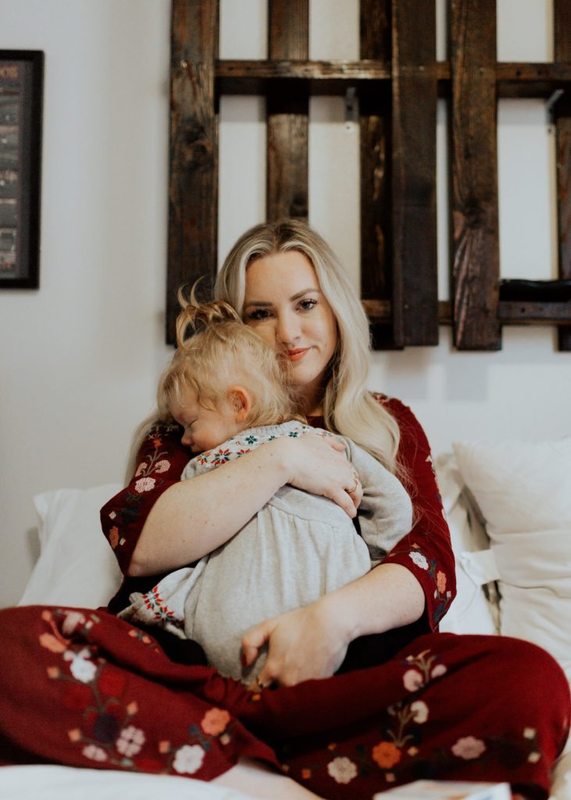 A couple of weeks ago Blake was so sick, like SO sick. At first I thought she just had a little bug, but then it just grew worse and worse every day. Before I knew it she had a daily fever of 102+, the saddest little cough and I said — alright, let’s get this cutie into the doctor. So we took her in and sure enough, double ear infection and croup. My heart was breaking for her and well, honestly that Mom guilt hit me hard when I took her in and she had a double ear infection. You know — the game of why didn’t I take her in sooner, yata, yata, ya. BUT as I preach to all of you, I had to preach it to myself — the guilt ain’t worth it. She was okay, we figured it out and I took her in which is all that matters. Sometimes, you just have to walk yourself through it. 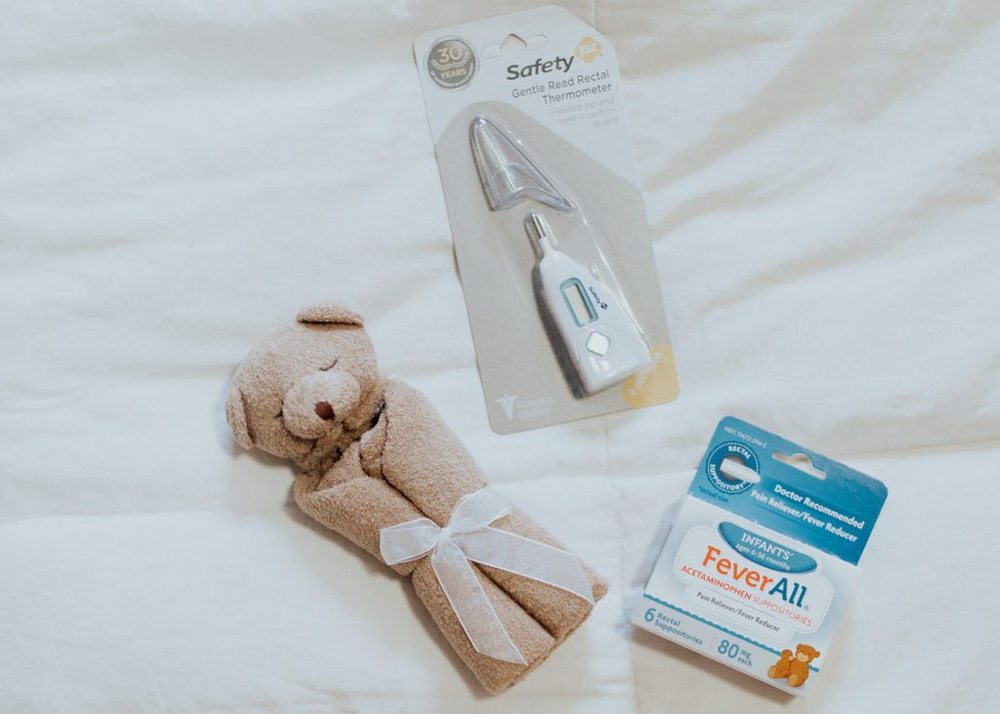 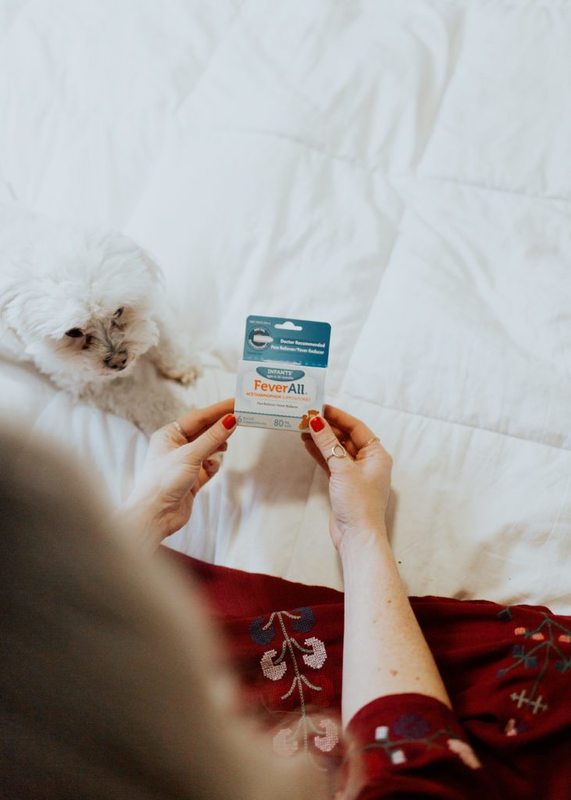 So we started the medicine the doctor gave us for her ears, but her dang fever just would not cut it. SO I actually got the chance to try a product that someone had sent me and I really loved it, so I thought — let me get a post up about it stat. Especially with cold and flu season here and well, friggin’ strong this year, I figured let’s all prepare and have this in our cupboards because it helped so quickly with Blake’s fever. It’s called FeverAll Infants’ Strength Suppository. Honestly, I had never heard of it before, but now I am glad I have. Since Blake kept throwing up from coughing so hard, oral medications weren’t working because well, she would throw it right up. Seriously y’all the struggle was real and that thing lasted for OVER TWO WEEKS. So let’s hope and pray we don’t have a return of it. ANYWAYS, so FeverAll suppository it was. Plus, I mean getting her to take oral medication is a joke anyways.

So what it is, is just a form of acetaminophen — you know the common cold remedy that we so often use and that’s recommended by pediatricians. It’s just not in an oral form, it’s a suppository which is perfect for kid’s that won’t take oral or like mine, is throwing up constantly. Sorry not sorry for saying it, I feel like once you become a Mom most conversations that may have been awkward before become totally normal and 100% fine. I mean, whatever.

Did you know that FeverAll is the only acetaminophen product available with dosage instructions for children as young as six months of age?! I didn’t and I’m so glad it helped me #BeFeverReady when Blake became sick. The other great thing about FeverAll is that it contains fewer ingredients than other infant’s fever reducers* – that means no parabens, high fructose corn syrup, artificial colors or preservatives. That’s definitely something I can get behind!
*vs. Infant’s Tylenol and Infants’ Motrin Oral Suspension

You can learn more about FeverAll, here, but I will tell you what — it worked so well for Blake and kept her fever down and under control. SO it’s a win in my book! 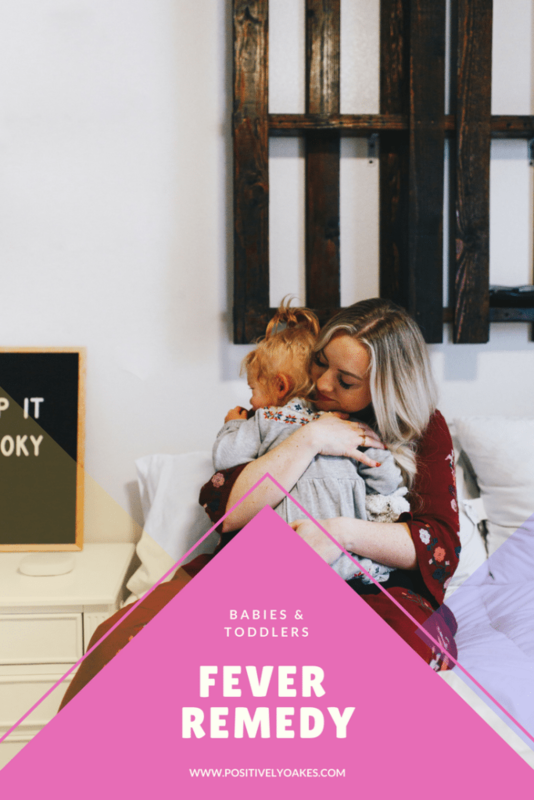 Dancing around the living room with my babies is o

Blurry but one of my favorite pictures. 🤗😍

I’ve really been trying to get down on the floor

Dancing around the living room with my babies is o

Blurry but one of my favorite pictures. 🤗😍

I’ve really been trying to get down on the floor

I am SO excited about this week’s #MomsTellAllWi

Because my hydrangeas are currently huge + beautif

Fresh hair + quite honestly not sure I’ll ever g

As far as I’m concerned he will be obsessed with

Puffs + treats are the only thing keeping this bus